Resultel Technologies helps companies understand, navigate, prepare, file, and successfully claim OIDMTC refundable tax credits.  Here's the 10 step process that we use to do it right the first time, and get you maximum benefits:

You provide a very high level view of the key development activities for the fiscal period; we jointly analyze these activities in light of the eligibility guidelines and facilitate identification of projects that have the potential for being eligible for OIDMTC refundable tax credits

We work with you and your team to walkthrough the technical details for the projects identified in Step 1; for each activity, we probe: 'why? why? why?' to identify the technological challenges and systematic investigation conducted to overcome them.  We clearly distinguish the technological advancements from project’s business objectives, the latter being of no consequence from OIDMTC’s perspective.

We develop and draft the technical write-up of the projects; clearly identify technological advancements, challenges, and the work done to overcome them, ensure sufficiency of data and identify any additional information required.  We benchmark the technological advancements against the contemporary ‘state of the art’ technologies.  This step does not involve any participation from your end as it is accomplished at our facility.

We email the draft technical write-ups to you, walk through them with you, incorporate your feedback and finalize the project descriptions.  Occasionally, at this point, more sub-projects, or OIDMTC activities, may be identified, and repeat of Steps 1 to 3 may be warranted.

We conduct detailed labour analysis, project costs estimation, and preliminary calculations for the OIDMTC claim.  We review such documents as employees T4’s, supply agreements and contract payments, as part of due diligence to ensure all expenses claimed are justifiable.

We prepare and review financial assertion with you, to ensure we have not missed any important cost factors.

We help collect supporting documentation; this includes both contemporaneous technical and financial information.   Although, most of the claims filed by us are approved without a detailed on-site audit,  we ensure projects’ back up details are readily available for a potential audit.

10. Train Your Company For Subsequent Submissions

We do not actively engage in reviewing previously or currently submitted OIDMTC claims, or pursue notice of objection or process appeals for claims prepared by others.

These services are provided both on a flat fee basis and success-based compensation.

How Much Is The Tax Credit?

There is no limit on the amount of eligible Ontario labour expenditures which may qualify and there are no per project or annual corporate limits on the amount of the OIDMTC which may be claimed. Eligible marketing and distribution expenses are capped at $100,000 per eligible product.

A qualifying corporation is a Canadian corporation (that is Canadian or foreign-owned), that develops an eligible product at a permanent establishment in Ontario operated by it, and files an Ontario tax return. A qualifying small corporation meets these criteria as well, and had during the preceding taxation year (on an associated company basis) neither annual gross revenues in excess of $20 million nor total assets in excess of $10 million.

What Types of Products Are Eligible for the Tax Credit?

There are now two types of products that can be claimed under the OIDMTC: eligible products and specified products. To be eligible for the OIDMTC a product must be an interactive digital media product whose primary purpose is to educate, inform, or entertain, and that achieves its primary purpose by presenting information in at least two of: (i)text, (ii)sound and (iii) images. Types of interactive digital media products that may be eligible for the tax credit include but are not restricted to games, educational and informational products. Operating system software is not eligible for the tax credit.

Digital media game developers that incur a minimum $1 million of eligible labour expenditures after March 26, 2009 over a 3 year period for fee-for-service work done in Ontario would not be required to be at arm's length with the purchaser corporation, or to develop all, or substantially all, of the product.

What Expenditures Are Eligible?

The credit may be claimed with respect to qualifying Ontario expenditures which include eligible labour expenditures and marketing and distribution expenditures.

This email address is being protected from spambots. You need JavaScript enabled to view it.
Scientific Research and Experimental Development - Canadian Government 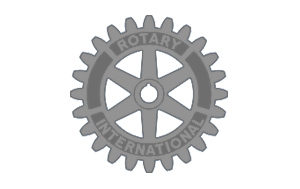